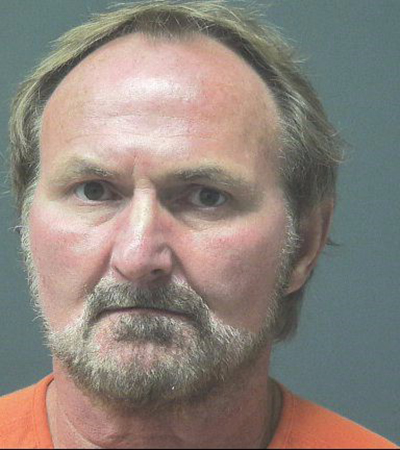 A Brewton resident was arrested last Thursday for sexual abuse of a child, sodomy I, enticing a child, possession of a controlled substance and unlawful possession of drug paraphernalia, after the Escambia County Sheriff’s Office received a complaint about the man having inappropriate contact and sexual abuse of minor children.

On Sept. 26, 2017, the ECSO received the complaint in reference to George Newton Pettis, 57, of Brewton.

An investigation was conducted by the ECSO along with the Department Of Human Resources and the Escambia County Child Advocacy Center.

As a result of the investigation, warrants were obtained for George Newton Pettis’s arrest for sexual abuse of a child under the age of 12, enticing of a child for immoral purposes and sodomy I.

On Dec. 7, 2017, Deputies and investigators went to 422 Janice Lane and made contact with Pettis and served the above listed warrants. After taking Pettis into custody, a pat-down of him was conducted and deputies found a glass pipe containing burned residue and also found a small cylinder type item with a lid that contained a white crystal substance that was field tested positive for crystal methamphetamine. Therefore, leading the charges to possession of a controlled substance and unlawful possession of drug paraphernalia.

Pettis was taken into custody and transported to the Escambia Co. Detention Center where he remains at the time of this release on a $250,000 bond.

The Escambia County Fire Departments are accepting donations to bury one of their own. The death of Tonia Smith, who... read more