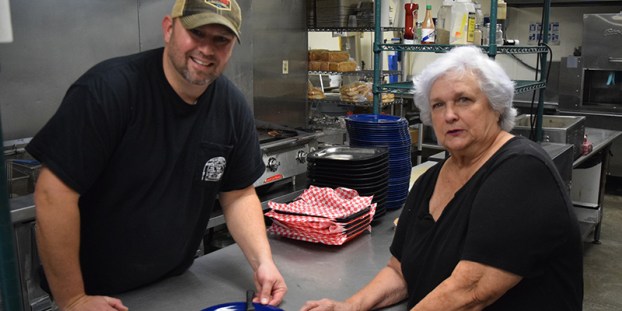 Soon, Brewton’s most famous burger will make a comeback.

Bracken’s first opened for business in 1963 in Brewton.

Bracken’s was owned at that time by Pettis’s parents.

Soon after she went to work for them along with the rest of her family and her husband and operated the locally famous restaurant until 2014.

“We didn’t think there was anything too special about the ‘Special Burger’ but it became very popular locally,” said Pettis.

The burger was a staple for Brewton for many years and was very popular at Bracken’s.

“I loved the burger at Bracken’s and when we opened the menu at David’s, I put our burger as the second best in town. Bracken’s was truly the number one burger in Brewton,” said Godwin.

Godwin purchased the recipe for the famous burger from Pettis recently and is perfecting the recipe with the help of Pettis.

“I decided to pass the recipe to him because he is a hard-working young man and because it will help carry on the legacy,” said Pettis.

The famous burger will be featured on the menu of David’s Catfish in the near future.