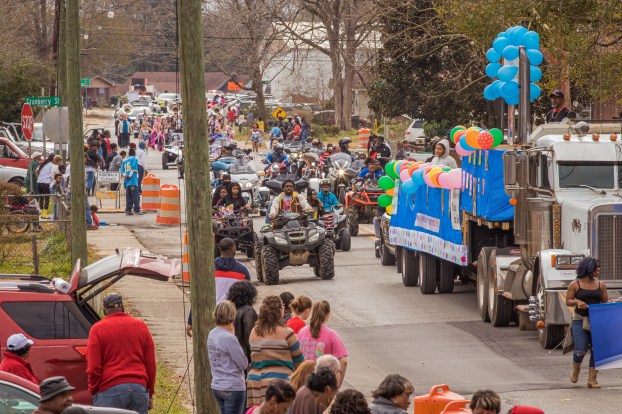 The streets were filled with many individuals taking part in the parade, last year. File photo

Due to continued construction along Sowell Rd., a new parade route is set in place.

“The participants will assemble at the Brewton Elementary school on the side of West Jackson St. at 11 a.m.,” explained Watson.

The parade will commence at noon.

The official new parade route is as follows:

Watson is reminding everyone that there will be entertainment, activities for the kids and food vendors at the end of the parade at the John L. Fisher Center.