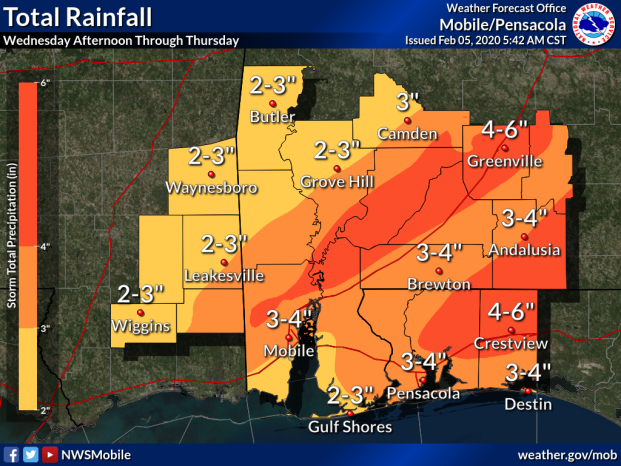 Another severe storm system is scheduled to pass through the area on Thurs.

“Thursday is shaping up to possible be as bad or worse than the past two systems,” said David Adams, Escambia County EMA director.

According to the National Weather service, two rounds of severe storms look possible during the day on Thursday. As a result, the Storm Prediction Center has put much of the local area within an enhanced risk for severe storms. Areas north and west of a line from roughly Wiggins, MS to Butler, AL are in at a slight risk.

Adams shared the NWS information, regarding the two rounds that will be passing through:

Round 1: A line of strong to severe storms looks possible early Thursday morning. The best area with this round will be along and north of highway 84 and damaging winds will be the primary threat. A tornado cannot be ruled out; however, the threat appears to be low at this time.

Round 2: A second and possibly more substantial round of severe storms will be possible during the afternoon. Storms will likely develop over Southeastern Mississippi and move east throughout the late afternoon and early evening hours. Discrete supercells and supercell clusters capable of producing all severe weather hazards will be possible, including large hail, damaging winds, and tornadoes (a few could be strong). This is the round that has prompted the enhanced risk by SPC. We wanted to note there are some uncertainties with this round of storms and details may change quickly over the next two days. 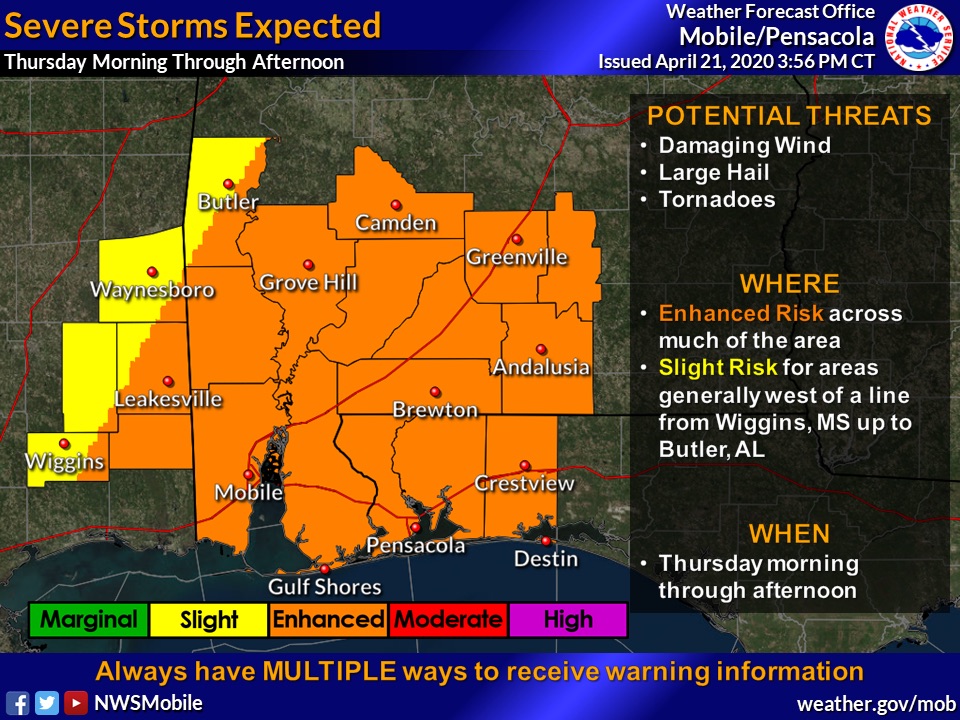 Above, the map shows the projected risk for Thurs.
submitted photo