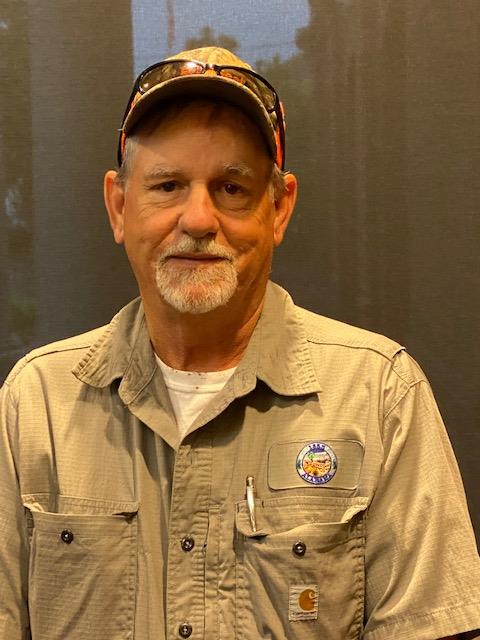 City names employee of the quarter

Debris rolls into the Brewton Municipal Landfill by the ton all through the week arriving on trucks brought by the city, contractors and private individuals–all under the watchful eye of landfill manager Richard Andrews.
Storm debris and yard waste has been unprecedented over the past year, he said, with violent storms and quarantined people generating massive amounts of material. It all makes its way to Jay Road.
Andrews is from Brewton and has lived here most of his life, he said, except for a few years when he worked in New Orleans. “It wasn’t for me,” he said. “Family brought me back here.”
Brewton’s landfill converted from a sanitary landfill decades ago when federal regulations mandated closure of similar operations across the country. Now the facility accepts construction and demolition debris along with yard and storm debris.
The city collects electronics at the landfill on Jay Road for a fee, but they are shipped to a hazardous materials landfill in Geneva. The local landfill doesn’t accept tires.
“I’ve worked with the city almost 16 years,” he said. “I took over landfill operations after running the patch truck and I managed inmates too. I like this job better–better working conditions, better management in Public Works, and I like the city’s leadership and the Mayor.”
Andrews keeps track of loads and weight, takes payment and he and another worker cover the debris weekly if weather allows. They also monitor the runoff ponds and gas wells vented from the sanitary landfill days.
His three children make him proud, he said. One son is an accountant in Prattville, his daughter is a teacher in Excel and his other son is a coach in Bay Minette.
When he’s not working, Andrews said, he enjoys riding his boat or looking at antique cars or fishing.
You Might Like

DYW to be ‘in person’ event

Quarantines and virtual meetings and events became a common theme throughout most of 2020 and into 2021 causing many events... read more