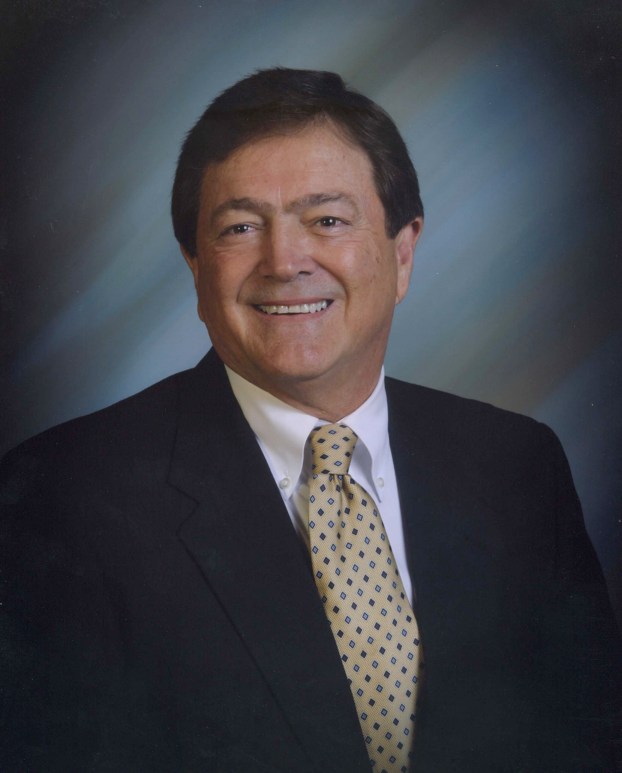 David Nolin was a helper and put the students of Escambia County first, colleagues and friends said as they remembered a man who meant a lot to the communities he served.

Nolin passed away on Thursday at a local hospital.

Nolin served as the District 6 board member of the Escambia County School System. He was the principal at A.C. Moore, and coached football, basketball and baseball at Flomaton High School. He was an assistant coach on the 1976 state championship baseball team at FHS.

FHS Principal George Brown said Nolin was a jack of all trades.

“As a coach in a small town school, you’ve got to do a little bit of of everything,” Brown said, adding that Nolin drove the bus as well. “He had his hands in everything. He was always willing to help and did what it took. He took a lot of pride in his efforts.”

Brown noted that being the District 6 representative, the office allowed him to have a hand in both Atmore and Flomaton.

Rachel Patterson Elementary School Principal Toya McMillian said Nolin made it a habit to come by the school and visit.

McMillian recalled a time when Nolin spent half of a day at RPES, and helped put children in their guardians’ cars.

“He will truly truly be missed,” she said.

Anthony Matheny, who played third base on the 1973 state championship team, said Nolin was someone who was kind and considerate.

“He always took the time even with some of the older in the community as well as us young people who knew him and those who played sports under him,” Matheny said. “He was extremely friendly and just well liked.”

“As a coach, he was someone who was always encouraging,” he said. “He always had your back. He was a great example. Although he was firey and on the competitive side, he had a gentle nature away from sports as well know. He was very competitive, and he wanted us to display and give all and fight until the last tick of the clock.”

Matheny added Nolin wanted all of his players to be good sportsmen.

“My senior year, he was the assistant football coach as well as my basketball and baseball coach,” he said. “He always wore his Flomaton green pullover, a collard shirt and his grey coach’s shorts with high white socks and white shoes. He had the darkest black hair and dark eyes, and the whitest shiney teeth. His hair was fixed and combed, and his teeth were always shining becausing he was always smiling. He had that million dollar smile.”

Matheny said Nolin will be tremendously missed, and was a great asset to the community.

“We had a great relationship,” Holt said. “He was an all around good guy. I am going to miss him badly.”

Holt said Nolin was a good helper on the team to help keep the players rounded up.

“He went with me to all of the away games,” Holt said. “He supported us as much as he could. He offered advice, and we trusted each other.”

Holt said he couldn’t pick one special memory of Nolin because all of them were as good as each piece of fried chicken.

“It was all good,” he said. “It was just one of those type of relationships you have. You don’t have that with all of your classmates. There were four or five of us guys that were really close, and he was one of them. He will be dearly missed.”

Former ECSS Assistant Superintendent Beth Drew and Nolin worked together for a number of years.

Drew said they had a great working relationship.

Drew said having Nolin as a boardmember was good because they had somebody that had an education background and his experience across the county.

“I thought he was able to bring to the table an alternative viewpoint, an aside,” she said. “He was certainly somebody you could talk to. I was always appreciative of everything he did. He truly did care about the kids in Escambia County, and wanted the best for them.”

Drew said Nolin was a person one could call on if they had a question.

“When I first becamse principal at Rachel Patterson, you don’t know what you don’t know,” she said. “I knew I could call Betty Waren or David Nolin. I certainly appreciated our time together and working together.

“I think it’s a huge loss for the county,” she said. “He was very committed to the chidren and welfare and well being for all the children.”

Drew, like others, said she’ll miss Nolin as someone who she considered a friend.

“I’m not obviously in the school system anymore, but as far as a colleague working with him I’ll miss him being on that board,” she said. “Educators stick together, and he’ll be missed by a lot of people.”

A group of linemen from Southern Pine Electric Cooperative (SPEC) have joined the army of workers making the journey to... read more