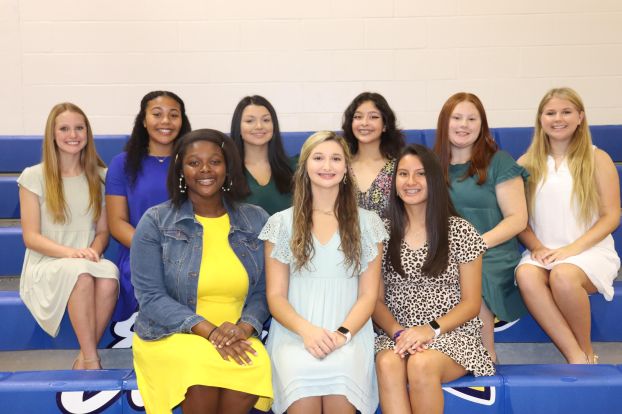 A bevy of beauties will be center stage this week as members of the 2021 Homecoming Court at W.S. Neal High School in East Brewton.

Austin Rogers, resource teacher at the school, said several activities are planned as part of the annual celebration.

“The theme for this year is ‘Neal Acres is the Place to Be,’ a farm theme,” Rogers said. “On Thursday night there will be a powder puff football game starting at 5:30 p.m. with admission of $3.00. On Friday, there will be a pep rally at 10:15 a.m. in the stadium, as no visitors are allowed in the school building.”

School officials are asking that visitors park in the front lot for activities.

On Friday, school will begin release at 11:30 a.m. at WSN High followed by middle and elementary school dismissal.

With parade line up in the old parking lot adjacent to the school, all vehicles should be in place by 12:15 p.m., Rogers said.

The parade will begin at 1:00 p.m. and will follow the traditional route from Andrew Jackson Street to U.S. 29 to Forrest Avenue. The parade will disband at Piggly Wiggly.